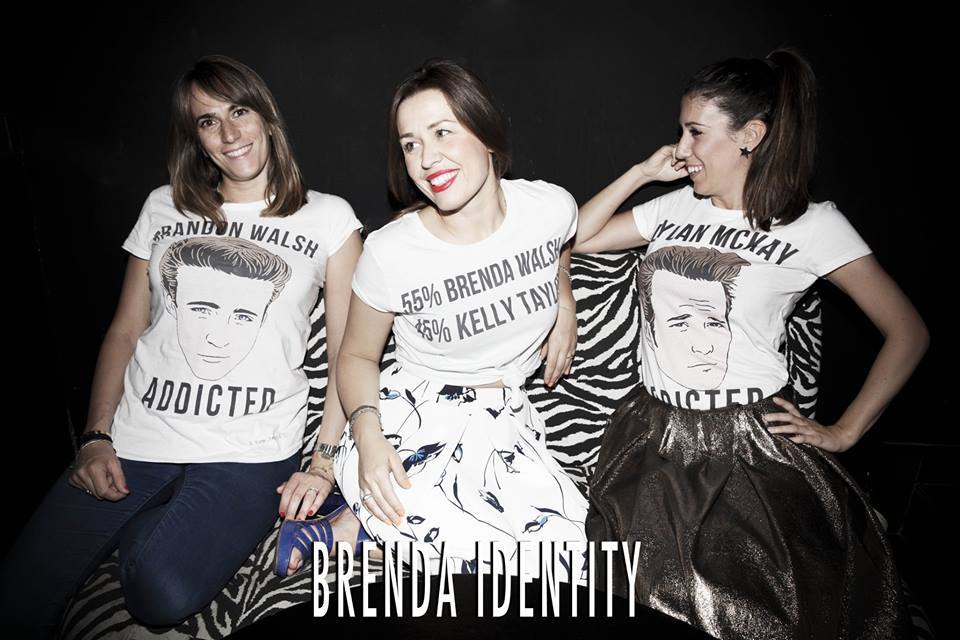 And then we found out that some liked Brandon!

«Beverly Hills 90210 was everything for us!»: says Silvia, one of the founders of the blog I Trentenni (the 30+ year-olds)  together with Ilaria and Stefania. So we asked her what she thinks about the return of Beverly Hills 90210 (see).

«Ever since we got word of it, our entire community went berserk! We just can’t wait! I cannot picture anything bad about it, that’s just unthinkable. Regardless of everything, being able to see them on television again will be overwhelming! And let me be clear: we want Dylan and Brenda too! We’re ready to organise a petition to have them back on board!

It now seems that everyone has finally realised that the nineties were the best decade ever, but for us Beverly Hills 90210 was a real cornerstone of our adolescence. At the time, we were young and still discovering everything: first kisses, first love fiascos, first betrayals, a complex relationship with parents. That TV series focused on issues that were fundamental for teenagers. It truly became a sort of guide for us. Anyone could picture themselves in the characters and their stories. Everything was inspiring, from the looks, the style, the apparel. We could take cue from everything. I remember, for example, when Brenda and Dylan went to the ball (Brenda and Kelly wore the same black dress with a white bow): not one bra shoulder strap was down, all the details were in place. Everything was perfect. The scriptwriters did a great job in recreating that magic. Come on, it was set in Beverly Hills, we all had our crushes. We had Dylan McKay, David – initially a loser, who then goes on to become a super cool guy. The series featured a whole of archetypes: the good boy, the reckless one… It had everything you could possibly want.

I was part of ‘Team Brenda’, I loved Dylan McKay (until David evolved into a fly guy!). I remember how I used to wait for Thursday evening to come, fiddling about with the VHS recorder to tape the episode. Sometimes, my dad would then record a football match or a Formula 1 race over it! Boy, was that a trauma, when it happened! Finally, let me say this: whenever we talk about Beverly Hills 90210 on our blog, we gets loads and loads of comments, which means there are plenty of fans around!»