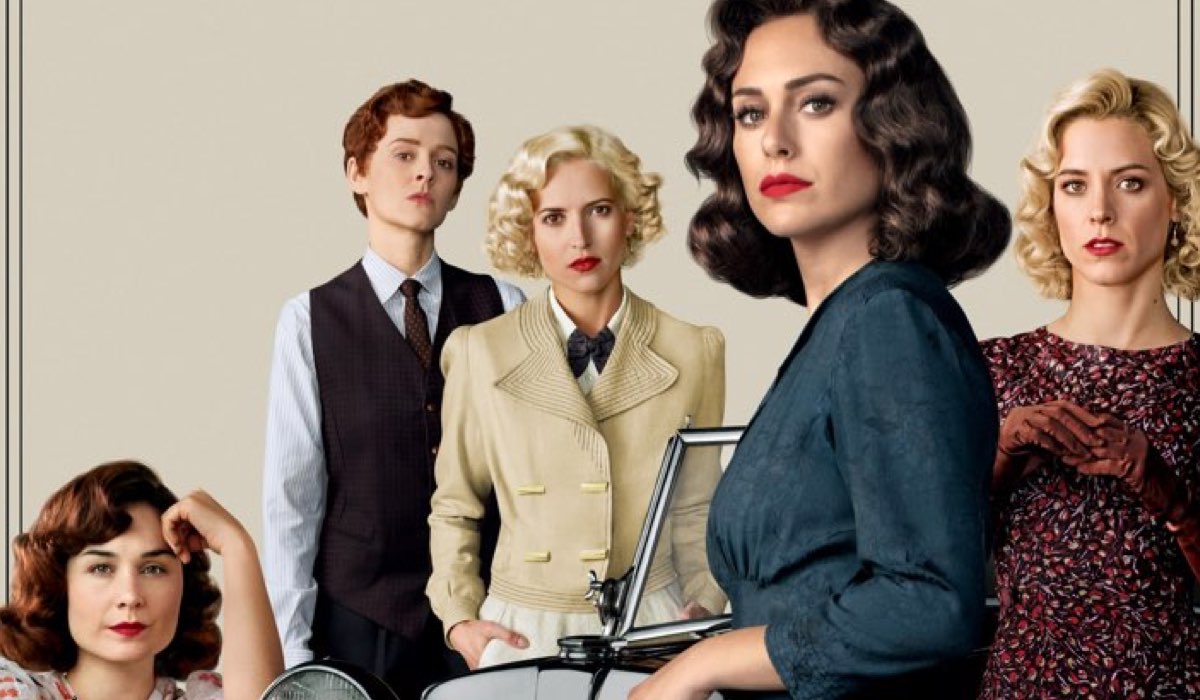 The sixth season – the last one – will be available on Netflix as of 3 July and will leave you gobsmacked. At least, that’s what Benedetta Degli Innocenti – with whom we talked about Cable Girls – firmly believes.

«I am deeply fond of the character I dub in Cable Girls (Carlota Rodríguez de Senillosa). A character that I immediately found fitting for me, a character with a strong temperament – even more so if you consider that the setting is the 1930s. The lead characters are a group of young women working at a switchboard, dealing with affairs that were very much ahead of their time: for example, there’s a transsexual character (my partner in the historical drama). And yet, while I’m accustomed to dubbing characters dealing with atypical issues, the finale – which I obviously shall not reveal – truly flabbergasted me. My colleagues and I talked about it over the phone several times. It’s a bit of a rough, totally unexpected finale and that’s why I appreciated it. It is consistent with the whole story, from the very beginning to the end. It all makes sense. It surely is a worthy finale, which made me reconsider – positively – the drama.

Aside from Carlota, the dubbing job that mostly made my fortune, changing the public’s general consideration of me, was the dubbing of Lady Gaga in A star is born, a film which I greatly enjoyed working on. She embodied a wonderful character, whose path was similar to mine. I can relate to that wish for a comeback, that desire of making it on your own, relying solely on what you know you can do… the story was compelling and she was awesome. I have read she will be shooting another film (Gucci, by Ridley Scott, where she will supposedly be playing the part of Patrizia Reggiani, the alleged murderer) and I hope this ‘partnership’ of ours may carry on! So, I would surely like to dub Lady Gaga again, but there is something else I’d absolutely love to do: if I could, I’d go back to the 1970s to dub Mia Farrow in Rosemary’s Baby, my favourite film. It was the first film ever to address specific issues in a particular way and I think her acting was great (as was her dubbing, by Maria Pia Di Meo, who is sitting beside me right now).

When it comes to the actual dubbing, I have a secret: once the basic technique is consolidated (it does become your safety net after a few years, it’s your lifesaver when you’re having a bad day), I always try to find, in the characters I dub, some kind of affinity with myself and my understanding of things, while always respecting the ideas underlying the original version. You must never impose your acting personality, but finding some elements in common helps you feel closer to that character. The thing is, dubbing is still fun for me. I decided to follow this path when I was 19 and I knew nobody in the business. When you stake all you have on one single thing, that desire does not fade away.

I have always had a passion for dubbing: ever since I was a child I liked recognising voices and giving them names (to learn what voice suited what character best, in my opinion), so I did my homework, so to speak. When I was 17, I got to know about a dubbing course in Pescara and I showed up, accompanied by my mother. The dubbing coaches were Roberto Pedicini and Christian Iansante. The audition went well, despite an initial handicap: I’m a stutterer. They obviously noticed it and rightly thought it could be a big problem. But when I started the dubbing audition, despite I had never done it before, they saw some sort of talent in me and they decided, given my young age and inexperience, to hone it. As if I were a blank sheet of paper, to be written on starting from scratch, they believed in me.»