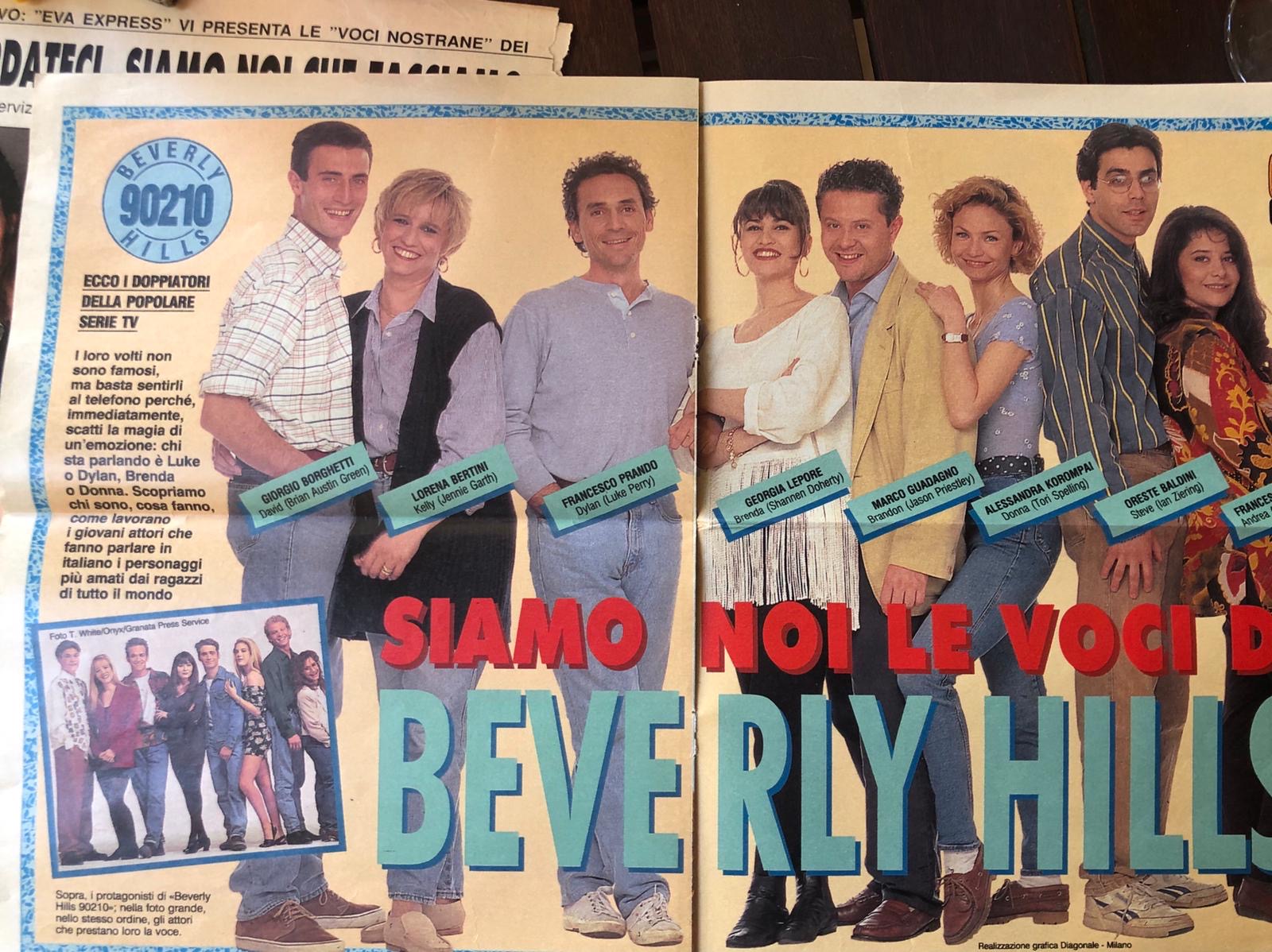 Dear celebrity, I’ll call you up

It was 1993. Beverly Hills 90210 – the teen drama following the lives of a group of US high school friends, their first love affairs, friendships and teen-age issues – was an absolute must for all Italian teenagers (actually, not only Italian).

However, in Italy, there was an extra identification factor: the characters, Dylan McKay, Brenda and Brandon Walsh, Kelly Taylor, Steve Sanders, David Silver, Donna Martin and Andrea Zuckerman all spoke Italian. And one of the reasons that made this teen drama a real cult series in Italy was the remarkable dubbing, performed by young (all were aged less than 30 at the time) and very talented dubbers.

We can further prove this by showing you some old newspaper clippings, carefully kept aside by Georgia Lepore, one of the key figures in the Italian dubbing of that successful series.

“Behold! We are the real stars of Beverly Hills” was the headline of an article published by the magazine Oggi, written by Monica Mosca:

“Just as in fiction, family ties exist in real life too: Brandon is married to Kelly and is Andrea’s brother. Brenda’s dubber is her spitting image. Dylan must undergo knee surgery and David is doing his national service”.

A similar article was written by C. Baretta for Eva Express, where the profiles of the harmonious group of dubbers was colourfully described, disclosing passions for sculpture and wannabe resemblances.

The article published by TV Sorrisi e Canzoni was extremely detailed. The headline was “We are the voices of Beverly Hills”. The author, Elena Mora, wrote:

“Their names are not famous but simply hearing their voices over the phone gives you a magical thrill: it’s like talking to Luke/Dylan, Brenda or Donna”

“I once got 75 calls in one week, says Marco Guadagno, Brandon’s Italian voice and dubbing director of the series. And sometimes, our friends ask us to make a special telephone call, for a birthday or a prank, pretending to be the character we dub”.

So, what happens to our dubbers nowadays, with voice messages on Whatsapp or Instagram stories, used to happen 30 years ago too, simply using the phone book and calling home.