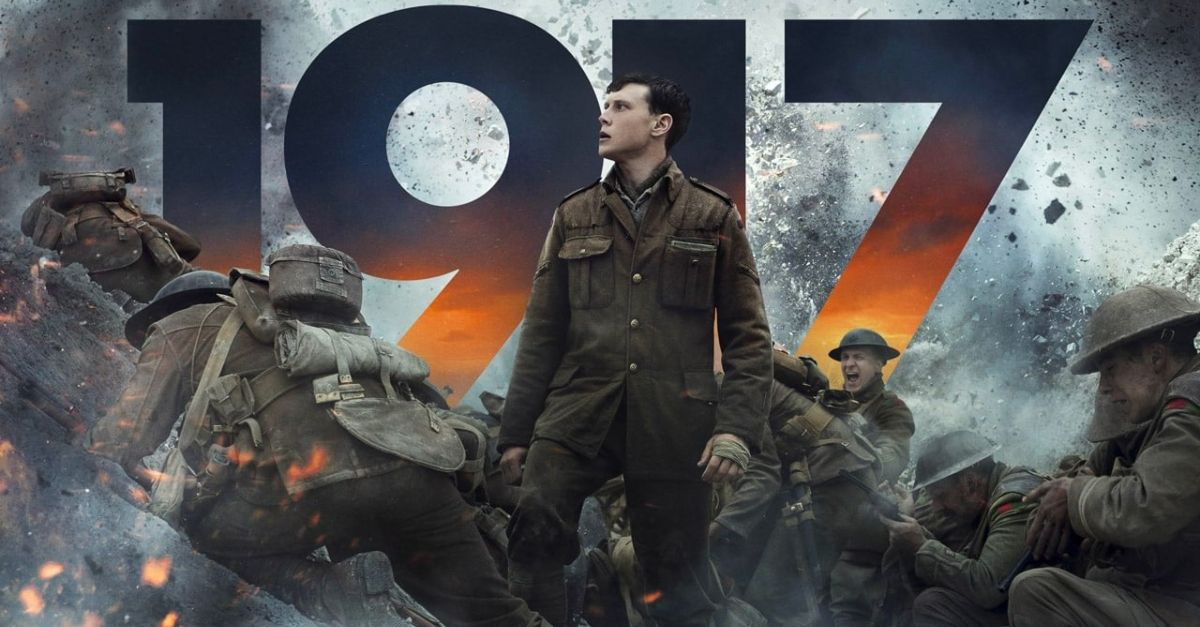 Auteur films are not what springs to mind when thinking about entertainment. That’s something you would expect from a mainstream, action-packed product, perhaps featuring a couple of superheroes.

But Sam Mendes defies this paradigm with “1917”: his film entertains the viewer just as much as a different type of film would and it is, by all means, a top-notch product.

It succeeds in doing so thanks to a particular shooting technique, which simulates a long take that lasts for the entire film (actually, it is edited, but you cannot notice the cuts) and which – according to those who blasted it – should be associated to a video game (in a disparaging way). You might want to read Riccardo Luna’s article on the paper Repubblica, who compared it to Fortnite. 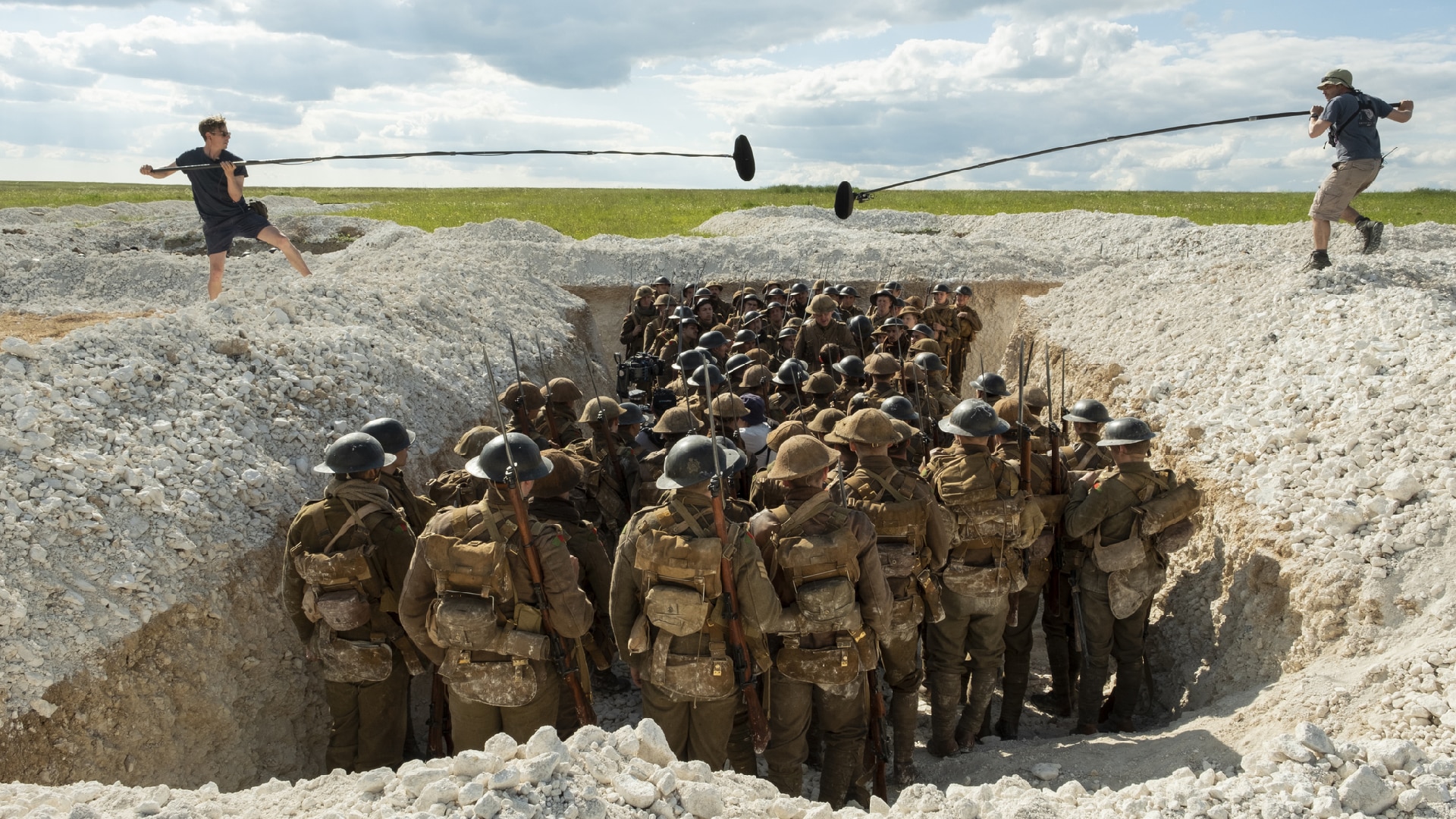 Nevertheless, our passion for cinema runs so deep (and we’ll never grow tired of stressing this) that is makes no distinction between so-called top-level products and mainstream products. Hence, we can say that we definitely enjoyed Mendes’ film, to the point that we wanted to find out more about it as soon as we walked out of the cinema. As usual the Post was eye-opening.

Indeed, the shooting technique is what we found mostly compelling. It allows the viewer to feel as they’re “in” the film, taking part in the action, where the two lead actors, George MacKay and Dean Charles-Chapman (who play two soldiers fighting in trenches, deployed in Operation Alberich) leave their trench and cross the so-called no-man’s land to reach a territory that could still be occupied by the enemy, to deliver a crucial message to a battalion consisting of 1,600 soldiers. They only have a couple of hours to deliver the message, to prevent all those troops from falling into a German ambush. 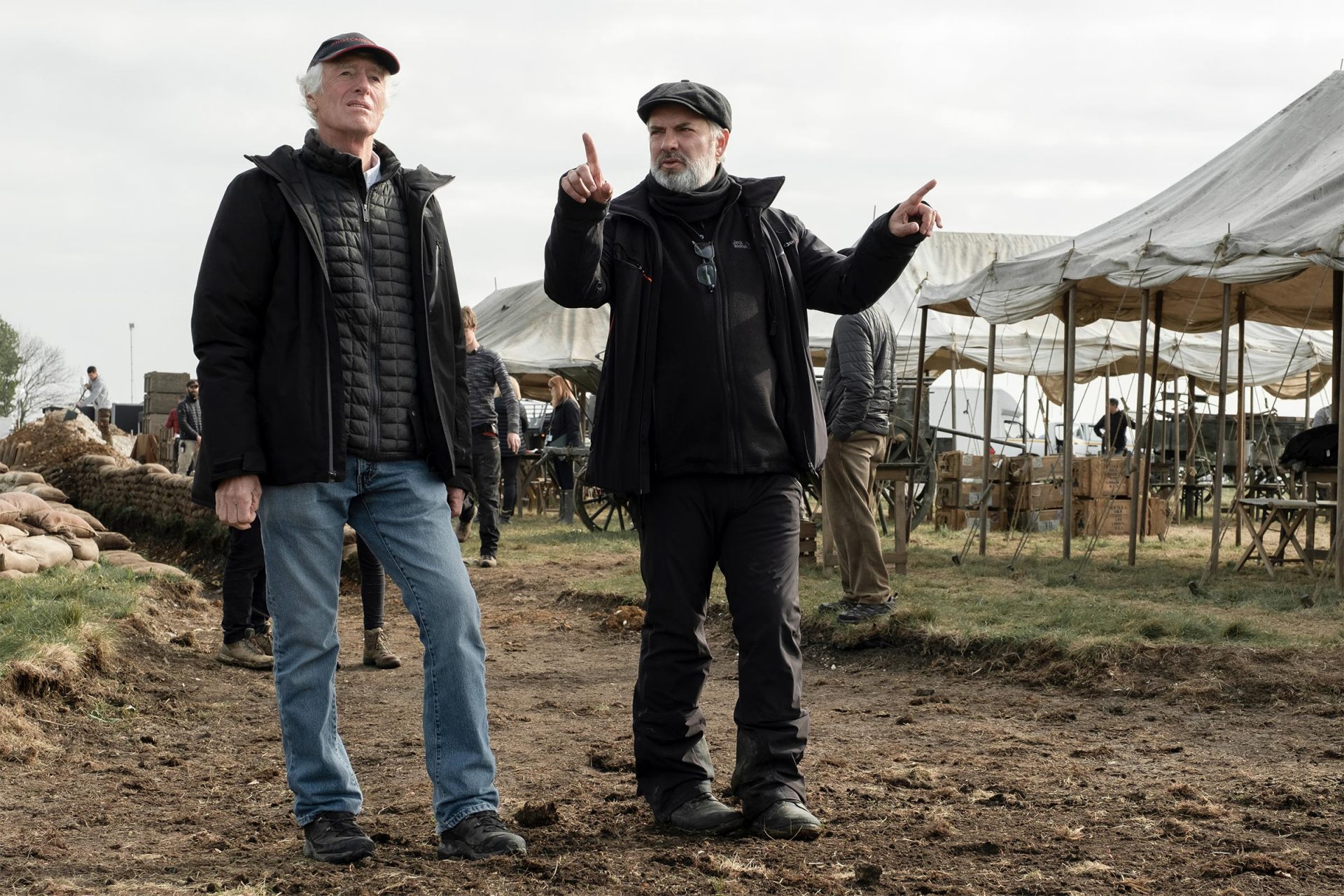 For two hours, the film follows the same two characters, from the beginning to the end, without ever leaving them, without ever jumping to another spot or to another moment. That’s something that immediately reminded us of the Classical unities, and Mendes guides the viewer, taking them by the hand, through the trenches, putting to good use a skill that required an in-depth study that lasted a couple of months. The goal was to use a filming technique similar to the long take, which the film director deemed crucial for the film.

As we know, the film only (so to speak) won three technical Academy Awards (Visual effects, Sound mixing, Cinematography), but it accomplished a remarkable feat, possibly the most difficult one: making the viewer fully experience the action, entertaining them and telling them a story.